“Booker T. will forever be known as the Booker T. from Booker T. and the MGs. But this book reveals so much more of the man.”
– Bob Dylan
“As joyful to read as Booker’s music is to listen to.”
– Willie Nelson
“Beautiful… Engaging, unforgettable and deeply creative.”
– Sinead O’Connor

“As I approach my 75th birthday, I’m honored to share my new memoir, “Time is Tight,” is available for preorder and will be released on October 29th. Thank you to @littlebrown for helping me to tell my story.”
– Booker T. Jones 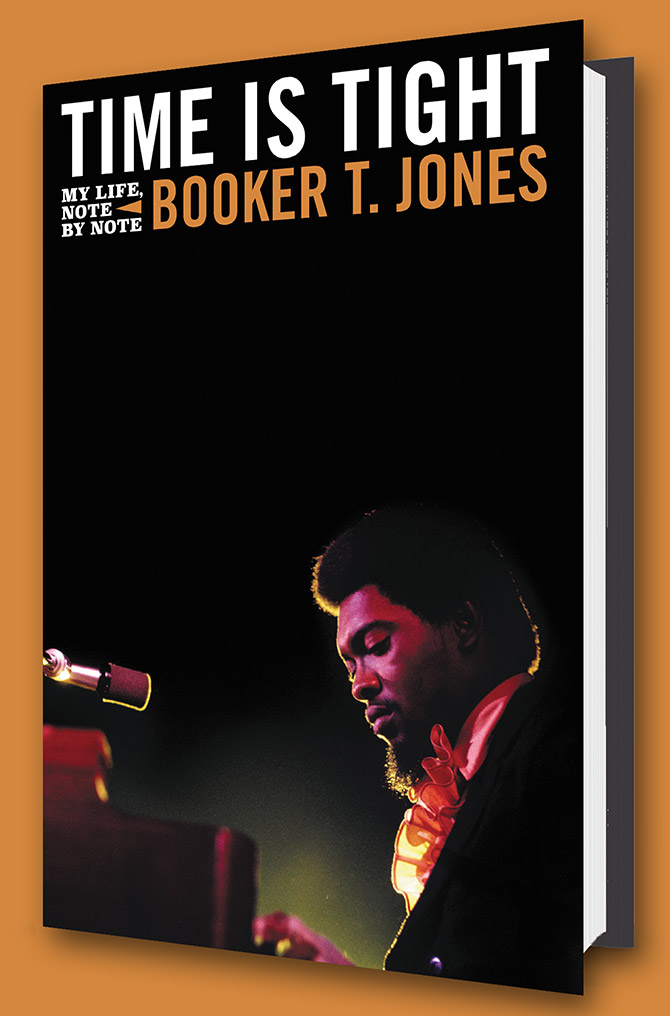 The long-awaited memoir of Booker T. Jones, leader of the famed Stax Records house band, architect of the Memphis soul sound, and one of the most legendary figures in music.From Booker T. Jones’s earliest years in segregated Memphis, music was the driving force in his life. While he worked paper routes and played gigs in local nightclubs to pay for lessons and support his family, Jones, on the side, was also recording sessions in what became the famous Stax Studios-all while still in high school. Not long after, he would form the genre-defining group Booker T. and the MGs, whose recordings went on to sell millions of copies, win a place in Rolling Stone’s list of top 500 songs of all time, and help forge collaborations with some of the era’s most influential artists, including Otis Redding, Wilson Pickett, and Sam & Dave.

Nearly five decades later, Jones’s influence continues to help define the music industry, but only now is he ready to tell his remarkable life story. Time is Tight is the deeply moving account of how Jones balanced the brutality of the segregationist South with the loving support of his family and community, all while transforming a burgeoning studio into a musical mecca.

Culminating with a definitive account into the inner workings of the Stax label, as well as a fascinating portrait of working with many of the era’s most legendary performers-Bob Dylan, Willie Nelson, and Tom Jones, among them-this extraordinary memoir promises to become a landmark moment in the history of Southern Soul.